Solution/project type: solution for organizing the work of unmanned vehicles.

Implementation effect: the minimum presence of people at the site of extraction of natural resources allows to increase the efficiency and safety of work, including work in the remote regions, and solve the problem of lack of qualified personnel. The project also aims to reduce fuel and operating costs.

Solution/project status: in 2019 they passed the tests at a test site, in 2020 new tests are planned at an actually operating quarry.

«BELAZ» dump truck with a carrying capacity of 130 tons moves completely autonomously, while the movement for unloading is carried out by shuttle without turning. This movement can reduce the route time up to 12% as well as reduce the equipment wear. Loading control is carried out remotely from a specialized operator's workstation (OWS) in accordance with the "Intelligent Quarry" technology where the autonomous movement is complemented by remote loading control.

The further plans of «BELAZ» and «VIST Group» are to automate loading operations as much as possible. The loader itself will be able to build a 3D model of the rock mass intended for loading, determine the procedure, correlate its movement with the position of a dump truck. The functions of a remote operator will actually be reduced to the providing of expert instructions at the beginning of work and additional actions in special situations. This will allow one operator to control 3-5 robotic loaders.

Additionally a beCloud autonomous test network using the fifth generation technologies was deployed on the territory of «BELAZ» and works in conjunction with the LTE-Advanced Pro network. This network became the prototype of the future fifth generation republican network closely integrated with the fourth generation network.

As part of the project two heavy-duty vehicles – a dump truck and a loader – were fitted with equipment that meets the technical specifications of the upcoming 5G standard. The technologies used in the New Radio and LTE-Advanced Pro standards allowed the technicians to test unmanned vehicle control, as well as the operation of dump trucks in robot mode (the «Intelligent Quarry» project).

For unmanned vehicles that do not use the driver's work a system that takes into account the nuances of the geological environment should transmit information with a minimum delay time. BeCloud has managed to reduce the response time of the equipment to 10-11 ms (milliseconds) which is already less than the achieved indicators in the 4G network but more than it is expected in future 5G networks. 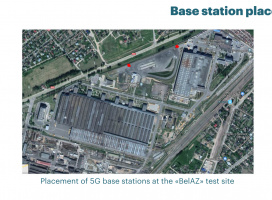 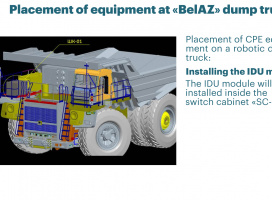 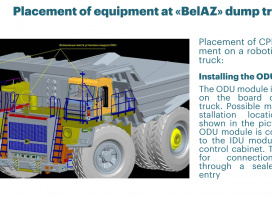 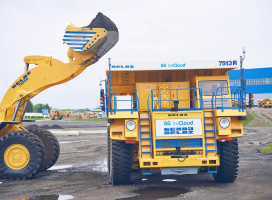 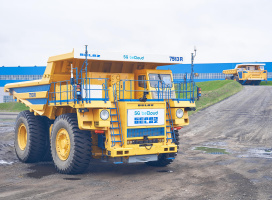 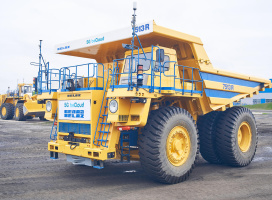